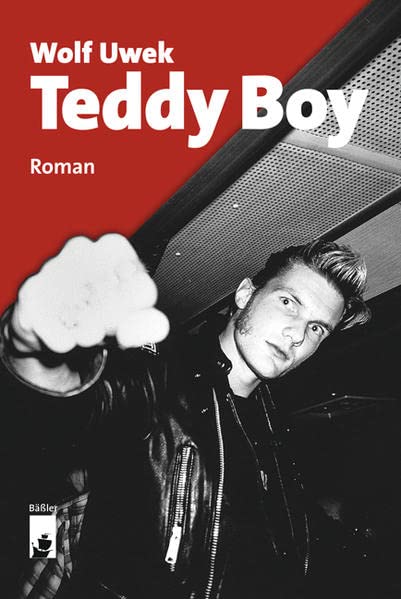 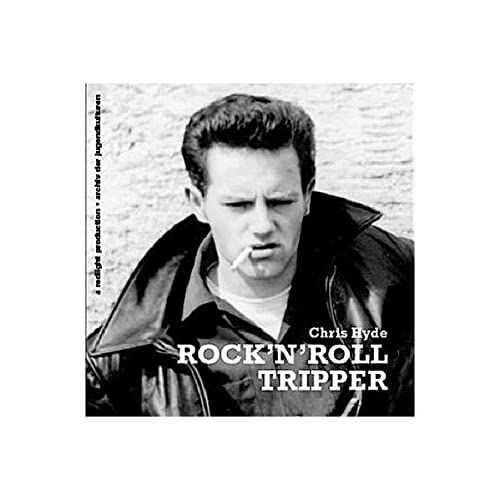 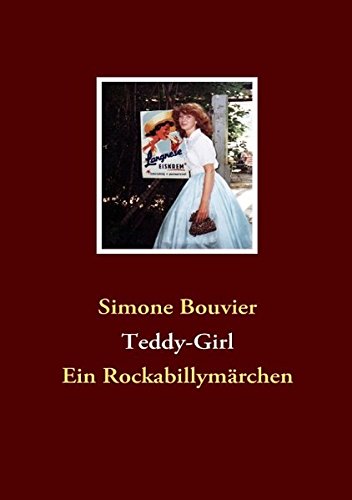 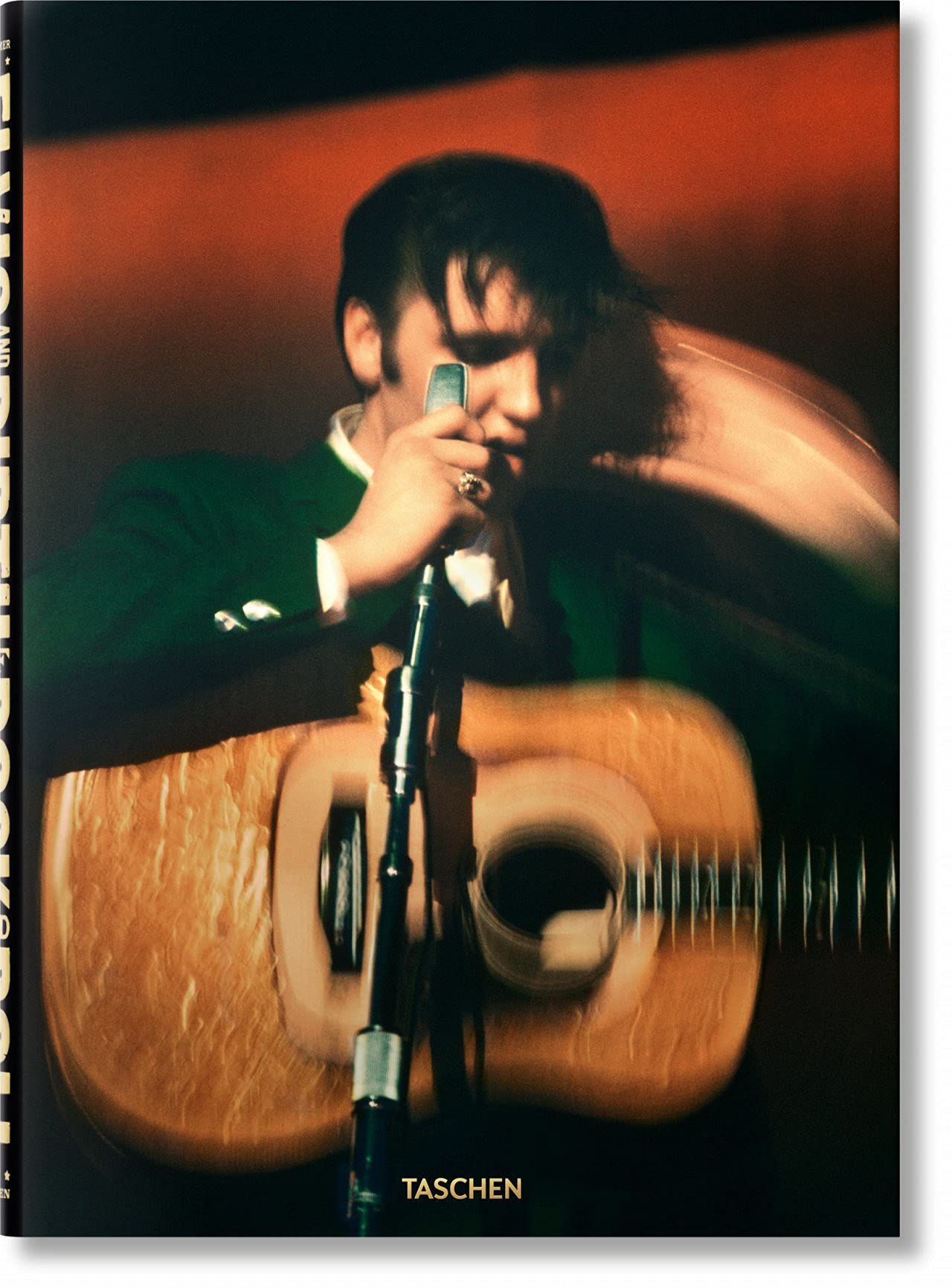 Alfred Wertheimer. Elvis and the Birth of Rock and Roll 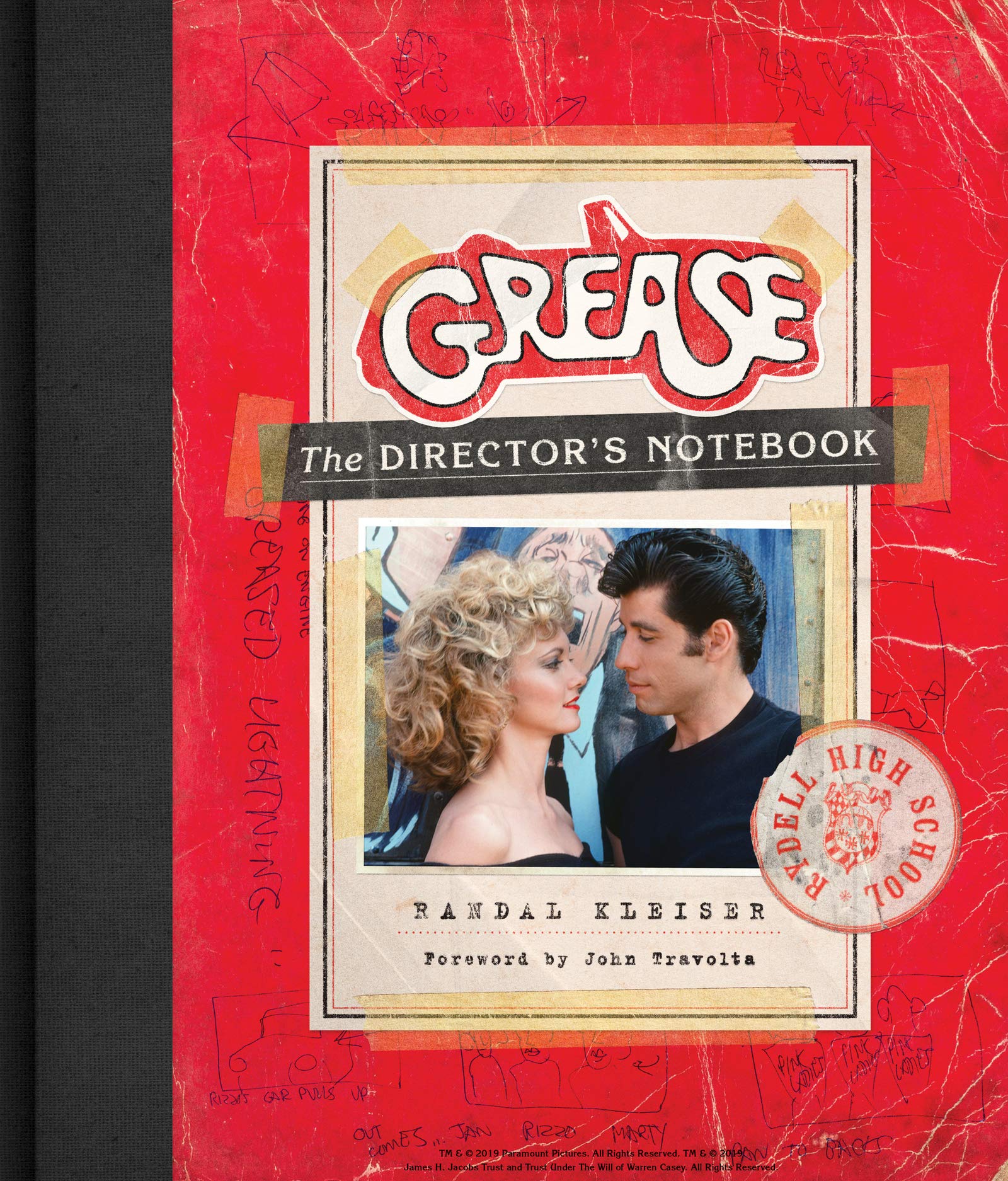 Grease is the word . . . Released more than four decades ago, the film version of Grease is one of the highest-grossing musicals of all time and a bona fide global sensation with legions of devoted fans across generations. For the first time ever, the film’s director, Randal Kleiser, looks back at the making of this legendary cultural landmark.

Created in conjunction with Paramount Pictures and authorized by Jim Jacobs and Warren Casey (via his Estate), the creators of the original musical stage play, Grease: The Director’s Notebook features rare and never-before-seen imagery from the studio’s archives, as well as Kleiser's production notes, dialogue changes, and more. The book’s heart is Kleiser’s own heavily annotated shooting script, along with his storyboards and sketches―including lines from the play that were added to the film’s script.

Grease: The Director’s Notebook is a fitting tribute to this revered international phenomenon and the one book the movie’s adoring fans will want 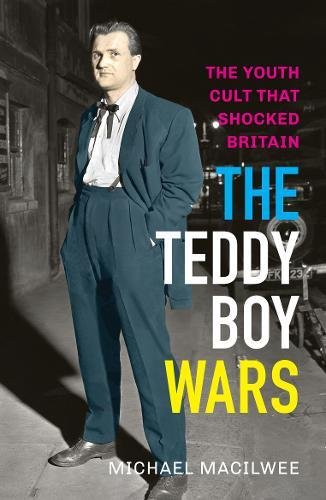 The Teddy Boy Wars: The Youth Cult that Shocked Britain

In the mid-1950s, British society was gripped by a sudden terror: of its own youth. The murder of a 17-year-old Londoner in September 1953 marked the start of a strange and horrifying fad. As if from nowhere, gangs of young men, dressed in a remarkable new fashion, emerged to turn the streets, dance halls and fairgrounds into battlefields. The Teddy Boys had arrived.
Soon they were blamed for a rising tide of post-War crime. Successors to aggressive thugs known as Cosh Boys, the Teds combined English Edwardian dress with American zoot-suit style, with weapons an essential accessory. Accounts of their sorties with knives, chains and knuckledusters filled the newspapers, and from the seminal Battle of St Mary Cray, in 1954, to mass brawls in Birmingham, Glasgow, Liverpool and Manchester, few towns or cities were unaffected. Some of the worst affrays pitched them against National Service squaddies and American GIs based in the UK. Various fighters claimed the title King of the Teds, some of them hyped by the. Teddy Girls joined in enthusiastically. Then the arrival of rock 'n' roll and the movie Rock Around the Clock sparked a wave of cinema riots, further condemnation and a sharp police and judicial response.

Yet others saw the Teds as a positive sign of an independent generation unbound by the restrictive attitudes of their parents, and similar fashions were embraced by teenagers abroad, from the Blousons Noir of France to the Bodgies of Australia. The Ted movement inevitably declined as the originals grew up, got married and had children. But their legacy survives to this day. 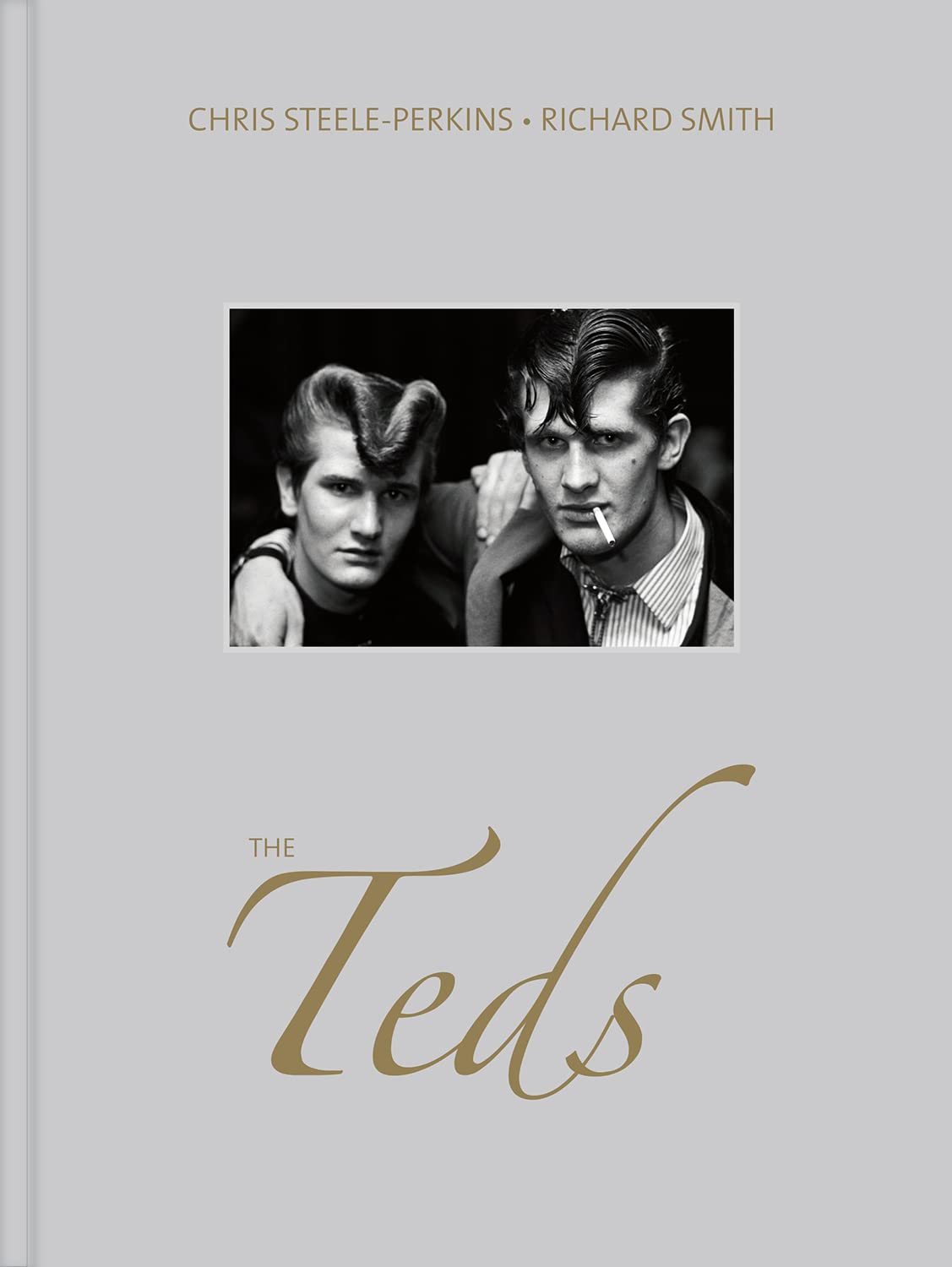 1956, sixty years ago–a watershed year for Teds. In September that year the Bill Haley film Rock Around The Clock arrived in the UK. It was the year in which Teds became central to youth culture in the UK. Originally published in 1979 The Teds combines image and text to tell a fascinating story that spans some three decades. 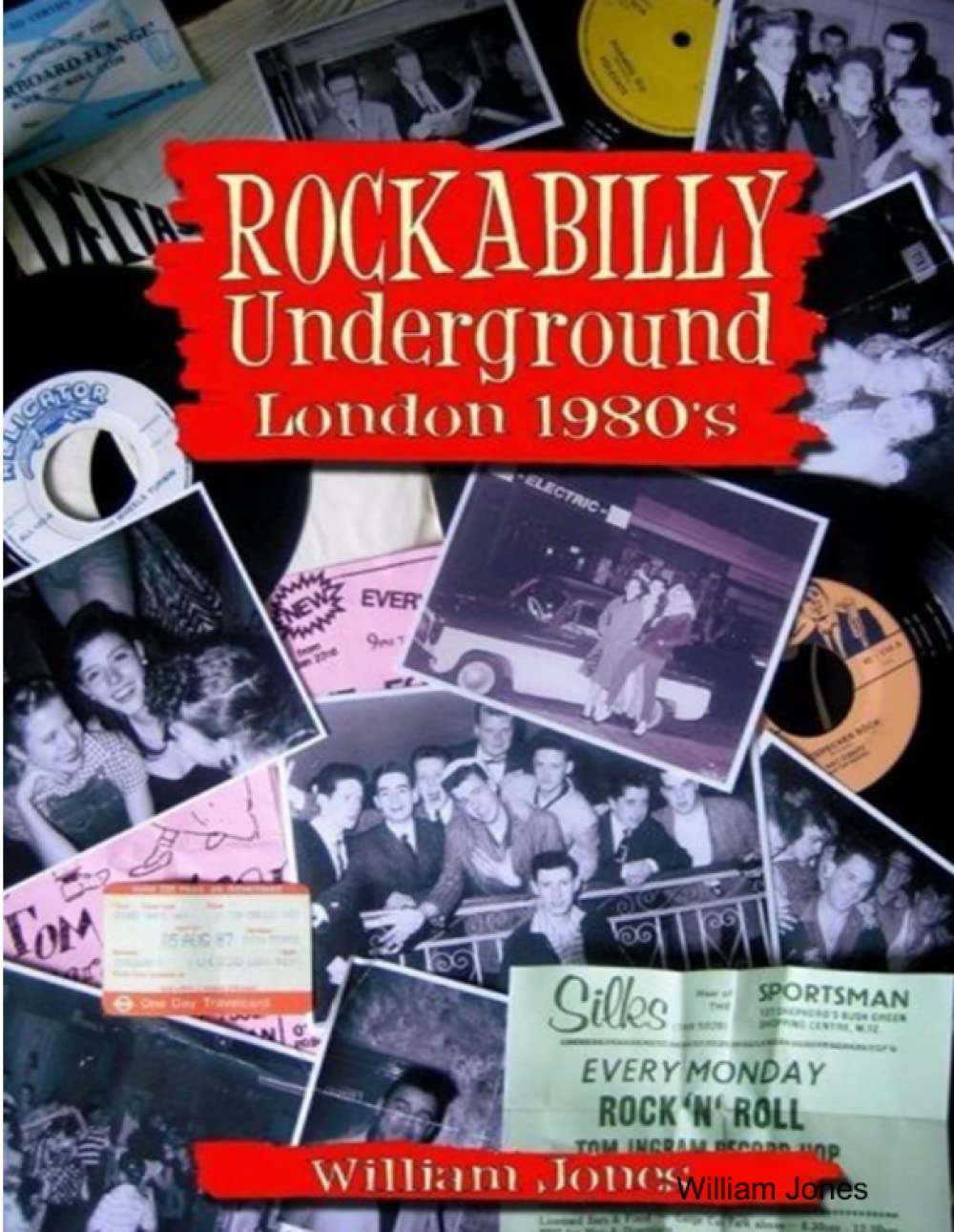 An essential read for both rockabilly veterans revisiting the glorious past, and curious young music fans, gaining a thrilling insight into the world of rockabilly, through the mind and memories of the author. 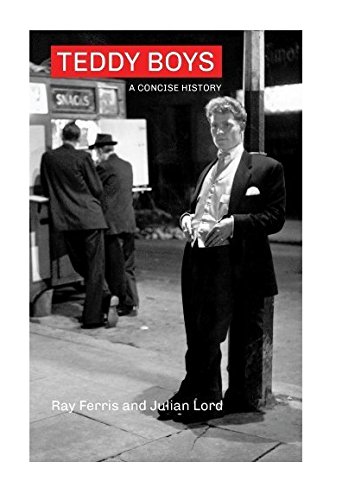 No youth cult has been so enduring, yet so misunderstood, as the Teddy Boys. They were maligned by a British establishment that had no clue what they were about, and as the movement grew that scorn turned to fear. This book tells of their roots, the music of jive and boogie artists, how the fashion became associated with violence and how the Teds fell into decline after the 1958 Notting Hill Riots. Their spirit was preserved by the Rockers of the 60s and through the rising popularity of rockabilly across Europe and beyond. 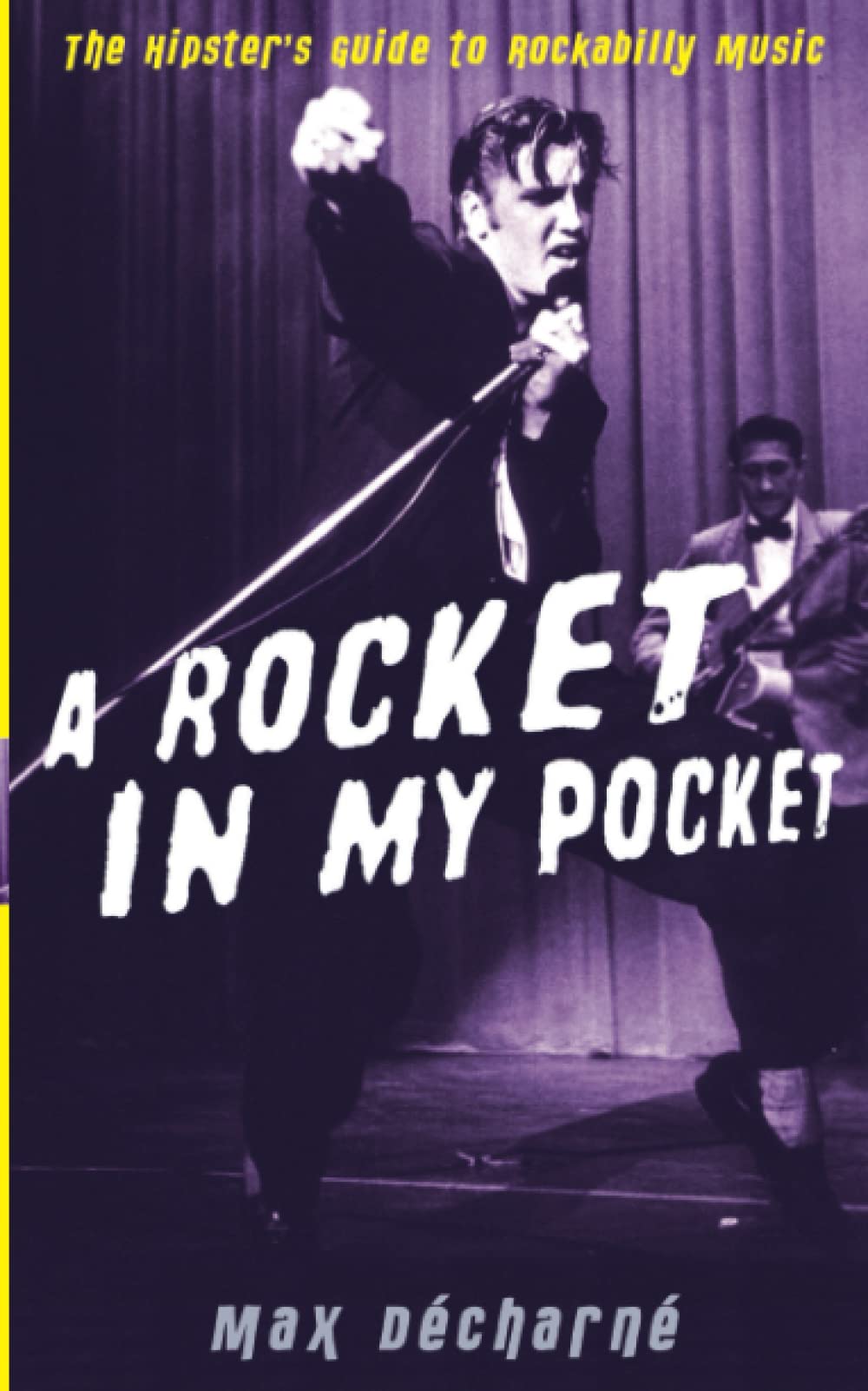 A Rocket in My Pocket: The Hipster's Guide to Rockabilly Music

Rockabilly had its roots in country, blues, folk, hillbilly, R&B, boogie-woogie and most other indigenous Deep South forms of popular song that you could strum three chords along to or howl down a cheap microphone. It was young people's music, made almost entirely by the first wave of teenagers, despised by adults in general and the country music establishment in particular. Its pioneer exponent, Elvis, eventually become respectable in the eyes of straight society but he was the exception.

1950s rockabilly was a spontaneous outburst of spirited three-chord songs, tiny record labels, primitive studios, fiercely partisan audiences and wild-eyed, driven performers who weren't even sure that their musical careers would last the week. The book charts the rise (and fall) of the original 50s wave of rockabillies. It will also follow the progress of the music, in clubs, on radio, TV and film, pinpointing the key record labels and important regional centres, showing how fashions eventually changed and left rockabilly high and dry, far too wild and primitive in an era of smoother sounds. Décharné traces the music to its Memphis roots.